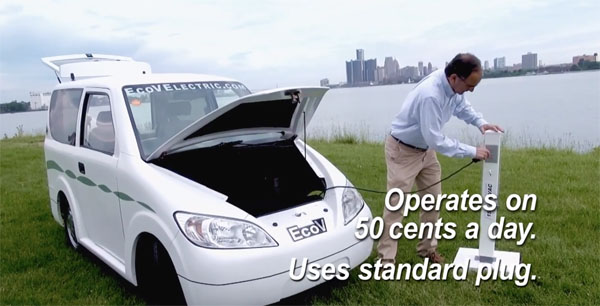 Richard Marks, a battle-hardened veteran of the electric vehicle wars, joins Horace and Jim in Asymcar 8.

Our exploration considers the lessons of General Motors’ EV1 and subsequent conversion initiatives. We charge into the organizational, distribution and regulatory dynamics that sustain the long-serving Henry Ford production system. We reflect a bit on Tesla’s use of this century old production model.

Richard galvanizes the conversation with a description of his EcoV concept. The disruptive potential of its modular design, impressive economics and off the shelf components sparks a look at potential urban markets, from delivery vehicles to car sharing services.

We close with a discussion of the investment and distribution climate for disruptive vehicles such as the EcoV.